LET OTHERS’ REACTION NOT DECIDE YOUR NATURE 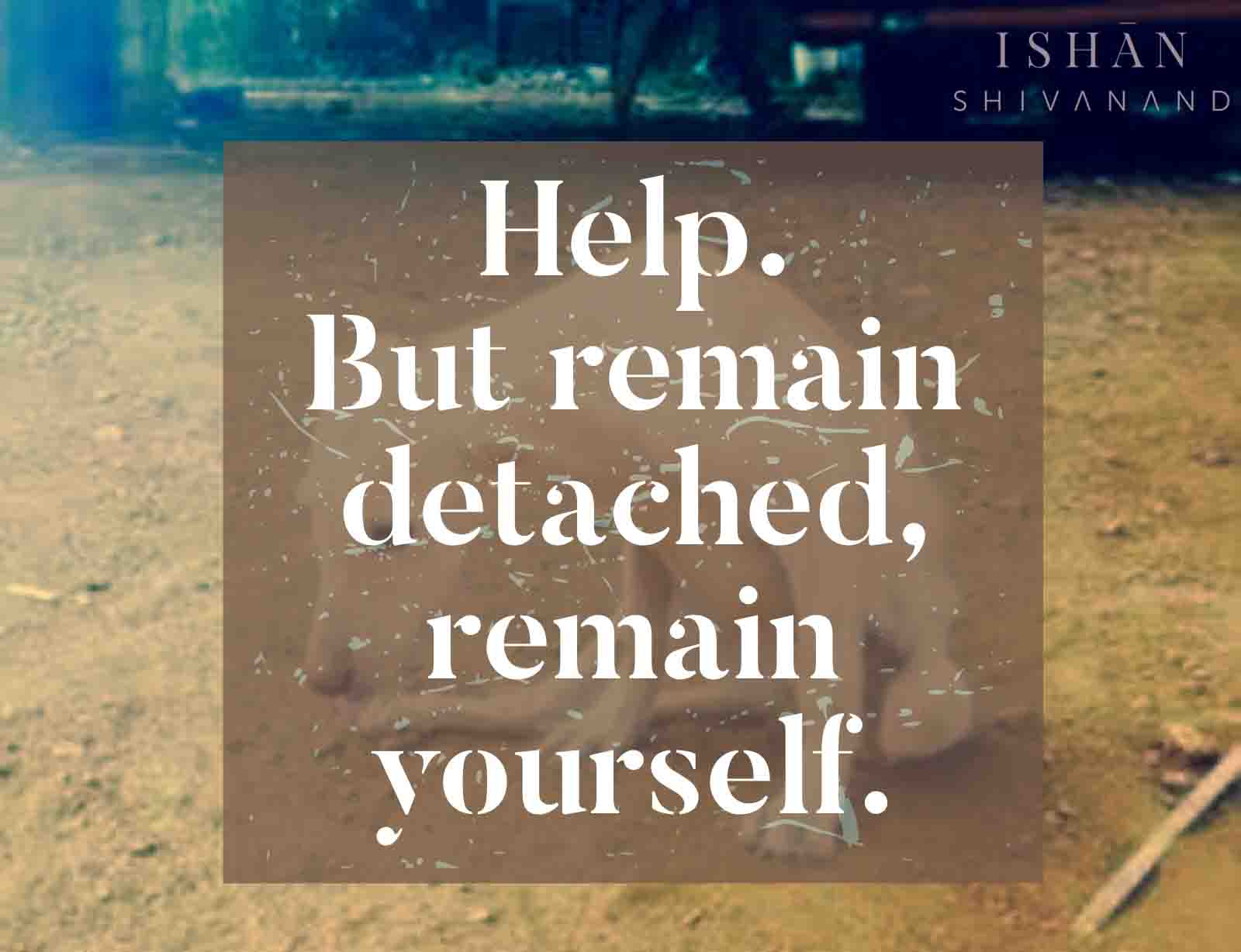 It was an unforgiving afternoon during a merciless summer. As I talked with my colleague while peering through a window I saw the bushes below rustling nary any breeze. Curiosity caught the best of me as I walked down below to enquire. Within the bush I saw a sad sight. A small puppy, not even a month old, quivering in a corner. He was a bundle of bones with his eyes bulging out. It seemed that the mother must have been killed or the puppy abandoned.

Whatever the case, it was a pitiable sight. The puppy barely had strength to move. I knew the condition it was in. It would not be able to survive. Life had been cruel for it. In its innocence, when he was to be cared for, he was all alone in its plight.
Lost and confused unable to understand the feeling of this great hunger when the stomach starts to digest one’s own body.
As I saw the pup, a great restlessness took over me. I forgot my work. For, at that moment, all I wanted to do was nurse him back to health. I crawled into the bush to carry the pup back home but the pup was too innocent to understand a friend from a foe. With its milk teeth which had not even fully grown he bit me with whatever strength he could muster. I didn’t care. I was desperate to help him ready to be the mother which nature had taken away from it.
Once back home, I gave it a blanket and milk. For a moment he was at peace. It was difficult to take care as whenever I would go near with food it would cry, whenever I would touch to comfort, it would bite. I wondered what traumas this little pup must have been through for it had forgotten how to trust and love.
Yet I was not ready to give up.
Something in me wanted to instill the pup’s faith in humanity. May be in rescuing that pup, I was somehow trying to resuscitate the child in me.
It took some time, some meals before the pup was a bit strong. The body was strong yet the mind was still weak.
This continued for a week and even though the pup was yet to learn to trust me, even though I was still being bitten and growled upon, I persevered with a dream that one day the pup will love me.
That faithful day when i went to feed the pup my son came inside for he was excited to meet his new friend that his dad had adopted. He forgot to close the door and seeing an opening, the fearful pup ran out.
I chased it as I knew it still didn’t know how to survive the hostilities of the wild. I chased it for I had started to love it. Yet it ran back into the bushes. The traumas of its past made the pup feel uncertain of its future. For, pain is capable to discredit all joy in fear of a karmic relapse.
For hours I searched for the pup but could not find him. My soul was not ready to give up. For I knew the pup’s innocent eyes would haunt me in my sleep if I was guilty of not giving my best.
Then from a distance I saw a pack of crows on the road and my heart sank. I knew some drivers frenzy to reach their destination would have made that small being invisible and it’s life inconsequential.
With a heavy heart, I walked closer and saw my little friend’s lifeless body. A small trickle of blood flowed through its nose. Still a pile of bones, yet his face as if it was smiling. It’s tail as if any moment it would wag like it did when I got him food even though the mouth growled.
I went back home and my son came running and asked “Dad where’s my little friend?” I told him, “He has gone back to his mommy.” My son smiled and returned to his play.
Just then, my colleague called again, going on and on about some guy in his team who wasn’t a team player, who would not trust the team, who would snap when someone tried to help him, someone who was ungrateful for all that was being done for him, he talked many things which I didn’t even remember. I didn’t even listen. My heart was still with the pup who was now with God.
Many times when you want to help someone they will snap and judge, they may shout and scream. That behavior doesn’t reflect on you but it reflects on their past. Many times one’s past burdens and blinds making one unable to envision a bright future.
Never change your behavior based upon another’s reaction. You be good if your heart tells you to be good. And even if from ten you manage to save one your life would be worth it.
Bless you